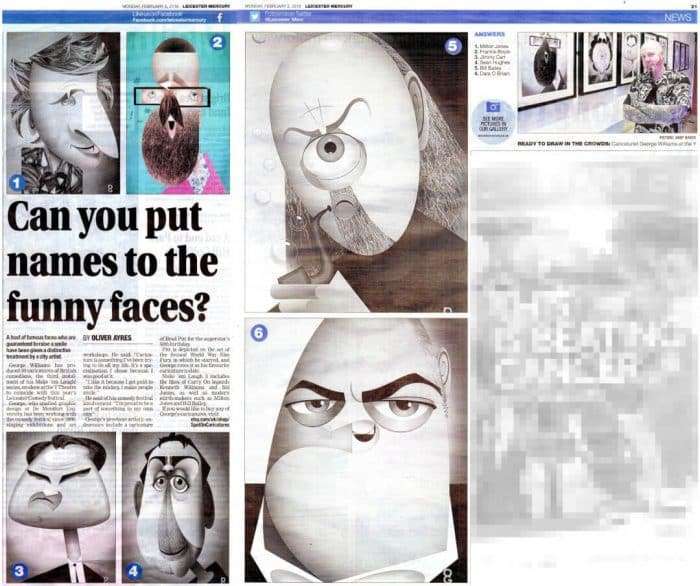 My latest double page spread from my buddies at The Leicester Mercury, covering my caricature exhibition for the Leicester Comedy Festival 2018.

My latest illustration for GQ magazine is Jeremy Corbyn, full page caricature in the September issue (p200) available from any good news agent now. This will be my eighth caricature for GQ and my first full page, so I’m proud as punch! 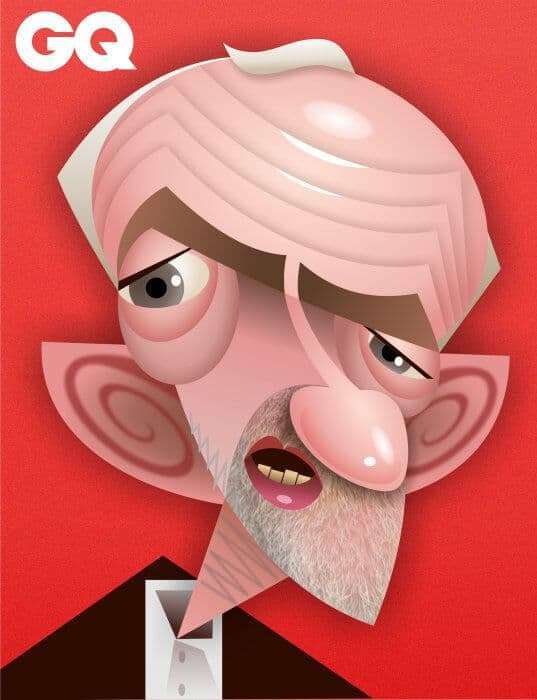 Glad to see my local paper, The Leicester Mercury, picking up on my latest exhibition and giving me a double page spread, together with a front cover for their Weekend supplement. My exhibition is on show as a part of Leicester’s Comedy Festival 2017 and should hang until March, possibly later.

I’m proud to display my latest press release, a three page article in today’s Leicester Mercury. The article focuses on my latest exhibition “Make ‘Em Laugh!” which was compiled to complement the Leicester Comedy Festival, I created caricatures of a dozen British comedy greats. This is the third year runing that my work has been hung at the Y Theatre in Leicester and I look forward to expanding the collection and exhibiting again during next year’s comedy festival. 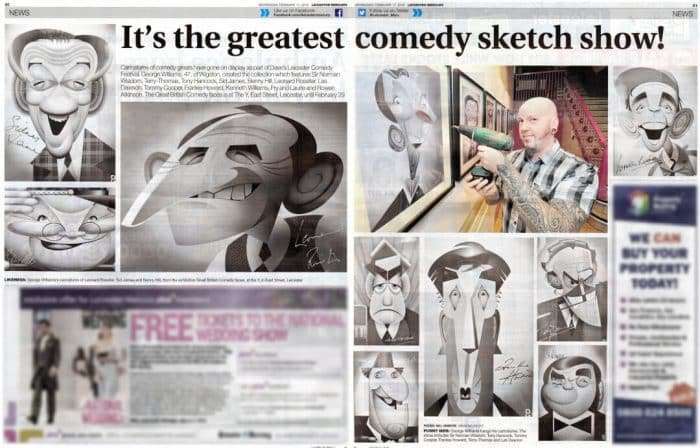 As Seen In HELLO! Magazine

Renowned caricaturist George Williams with his hilarious portraits was another of the amusements organised by THOMAS SABO for the star-studded event: in just a couple of minutes talented George created each of the guest’s caricature as a further memento of a very special night, causing some serious laughing in seeing their faces cartooned with his spot-on sketches.”   Shadia Daho (Dubai) www.shadiadaho.co.uk

Thanks Shadia for your kind blog. The event even made the headlines in a recent issue (1401) of HELLO! magazine, where I got a mention by name…

See all the caricatures from the event here THOMAS SABO EVENT

In the papers again…

Last week I was in the local Leicester Mercury once again, when I handed over some framed artwork to a competition winner, at my exhibition.

George was featured in his local paper, after they offered his artwork in a competition. George drew local football hero Gary Lineker and the Leicester Mercury held an online raffle to find the lucky winner. The prize was presented at George’s second local exhibition, in the Y Theatre, Leicester.