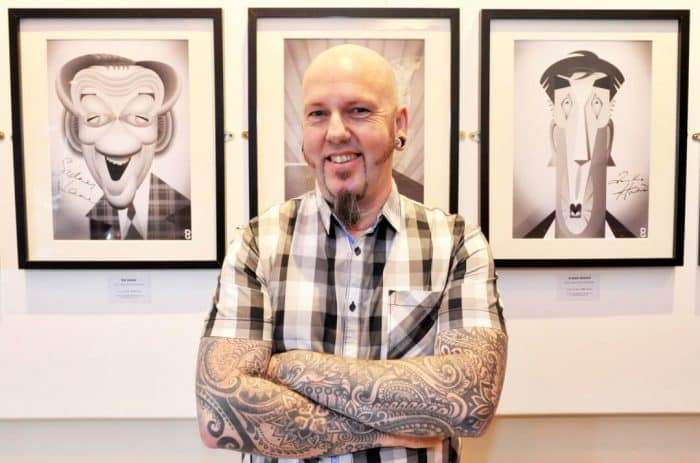 Meet George, he’s been a professional Caricaturist since 1991, when he graduated Leicester DMU with a degree in Graphic Design.

George​ was first featured on TV in 2000, when George drew Truda on Vets in Practice. George then appeared live on ITV’s Paul O’Grady Show and twice on Today with Des & Mel in 2005. George drew Tony Blair for BBC’s Money Programme in 2007 and later made his first appearance on BBC’s One Show, his second appearance was in 2009. Since then George has also had caricatures featured on the Rory Bremner Show, Him & Her and Chris Moyles’ Quiz Night! George featured on ESPN, drawing Wigan for the 2013 FA Cup Final which clearly helped them to victory! In 2014 George starred in an episode of C4’s Coach Trip, where he taught the contestants to draw each other, with hilarious results. In 2015 George was snapped at a celebrity event and name checked in HELLO! magazine, but most recently in 2016 George was invited to draw live on BBC Blue Peter, where he was an absolute star!

In 2020 George was filmed for Peston on ITV, where he met and drew the labour leader candidates, including new Labour leader Sir Kier Starmer. George hi-lighted his skill under pressure, as he produced artwork in around 8 minutes on camera!

As a performer, George is renowned for his cutting edge stylised 4 minute caricatures and minimalistic digital caricatures. George joined Samsung to tour the UK for the Olympic Flame celebrations; 66 cities in 71 days! He drew digital on the Galaxy Note and has helped launch the device across the UK in shopping centers in 2012. George also likes to work in UAE and has entertained regularly at the F1 events, in 2010, 2011 and 2012, he does love the sun! 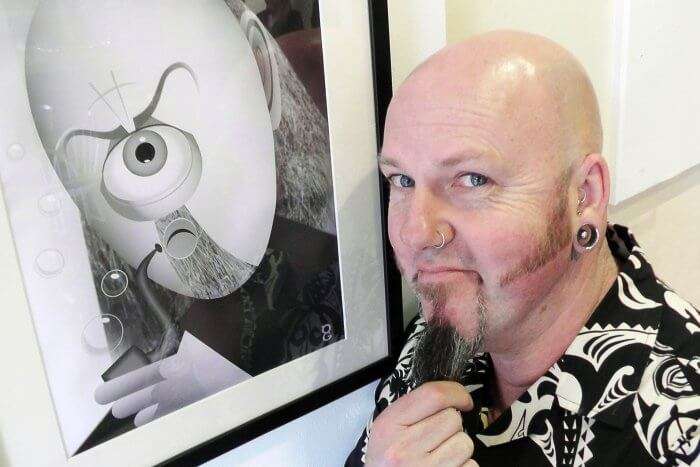 George has entertained crowds at thousands of different events, from car launches to paint exhibitions, though he specializes in wedding entertainment. He entertains at over 60 weddings each year and has developed a fantastic reputation within the wedding industry and with venues and wedding magazines, who recommend him for your big day. George concentrates on personality, style and of course great likenesses, no cheese guaranteed!

With over 29 years experience and a dazzling CV, including clients such as Brad Pitt and Amanda Holden, George is the ideal entertainment choice for your cutting edge event or traditional wedding. With wit and charm, George aims to keep your guests smiling, with his walkabout entertainment and wicked eye!

Spot On George is a full EQUITY member with extensive Public Liability Insurance.