Santa Pod raceway approached me to draw caricatures at one of their events, which meant three days of retail drawing outside, trackside. I took my pop-up caravan, gazebo and various promo props and headed to the drag strip. I set up camp near the pit lane and attempted putting up my gazebo, which sadly was not upto the job and promptly blew away, before being run over by a passing 4×4! So I set up stall working from my caravan in the wind and rain. First day was disastrously quiet and I considered packing up, but decided to enjoy the camping aspect. Second day I was woken by the roaring engines of the drag cars and hot-rods as they ripped down the track, though it was brought to a premature end by drizzle and so I retired to the doorway of my caravan. By sunday I’d given it my best and had some happy punters, but the weather had been a trial! It was a steep learning curve and I’m happy to say I’ve learnt from the experience, looking forward to more events at Santa Pod this summer, with a suitable gazebo! 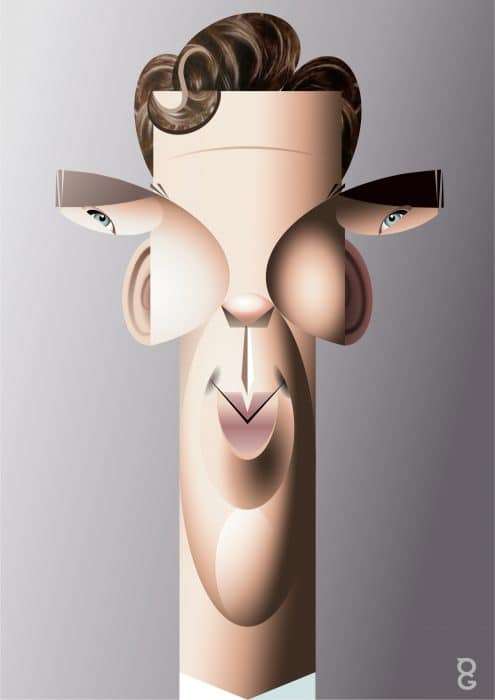